Here are some highlights of what have we been up to over the past year to contribute to making a positive difference in the world. Accompanying the highlights are hints about some of what is in the works for the future.

I addressed these and related questions in all sorts of ways over the past year, including via a panel I moderated during San Francisco Design Week, … 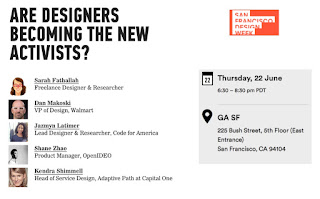 …an article I wrote about some of the issues and the panel, a published conversation I had with Jon Kolko about some of the issues, and several talks I’ve given, including a talk I gave to personnel at Fjord ATX earlier this month, talks I’ve given to different groups of design students in San Francisco, and my talk at the Interaction Design Education Summit in Lyon France in February. 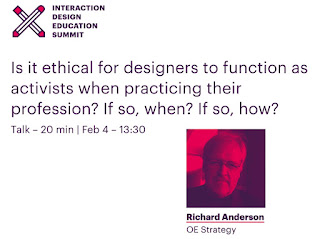 Susan has also been addressing these issues, including via moderating a panel about the broader topic of what it takes to be an ethical startup. 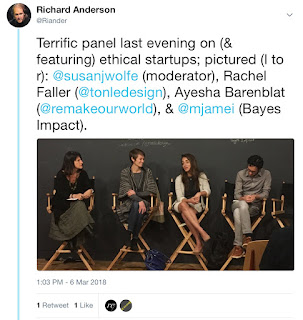 Look for work of this nature to continue, expanding to workshops of various types (e.g., how to move beyond human-centered design as typically practiced, how to be an ethical entrepreneur). Some of these workshops will be related to workshops we’ve already offered publicly over the past year in San Francisco, Hong Kong, and Austin on how to design more effectively for social impact. 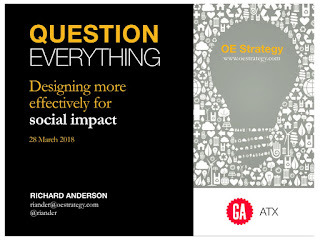 And there is overlap between all of the above and what I do as a member of the faculty at the Austin Center for Design, which offers comprehensive study in interaction design and social entrepreneurship. The advanced theory course I taught most recently there is of the nature needed by more designers and design students (see my conversation about this with Jon Kolko). Look for us to explore ways of addressing this need. 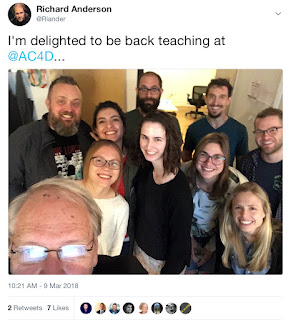 Additional writing I’ve done over the past year on issues of relevance to the above includes “The dilemma of empathy in design” and two more subtle pieces, “Yet another dilemma” and “The benefits of riding the bus.”

Healthcare has continued to be another of our areas of focus. Susan’s work supporting Vayu has continued and has included helping Vayu design and implement a “shared value” strategy to support its healthcare mission (see her talk about this at the YOW! 2017 CTO Summit in Australia in the video below). Look for more work from us on helping organizations apply principles of shared value.

Among my efforts over the past year to impact this industry was my participation as a mentor in Health 2.0’s TECHquality program which is attempting to increase diversity among health technology innovators and up-and-coming entrepreneurs. This effort included remote workshop facilitation that enabled an important project breakthrough. 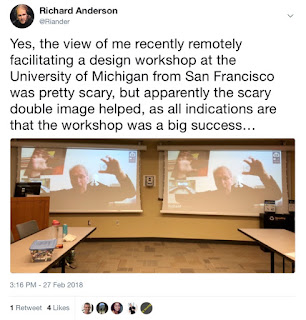 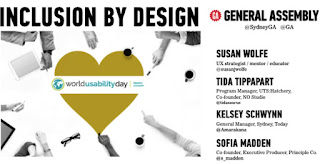 …and has continued her work helping people transition into and otherwise learn about the field of design. For example, she has continued to teach General Assembly’s UX Design Immersive course in both Sydney and San Francisco, … 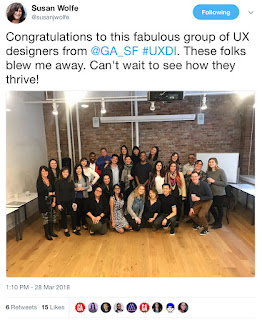 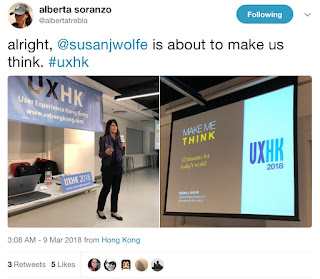 …and spoke to undergrad and grad students of interaction design at the University of Technology Sydney just last week about what it is like to work in the profession.

I’ve done a bit of work along these lines during the past year, including teaching short introductions to UX design and interviewing a wonderful designer on-stage at the de Young Museum. 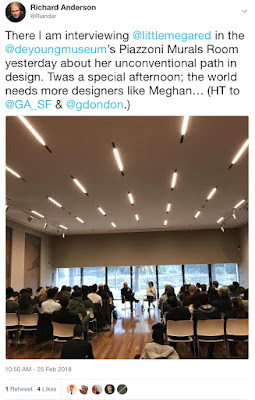 And there is more we’ve been up to, including advising designers and design firms, and more is in the works, but I’ll end by referencing how vigilant we are about being out there, learning about what people are doing, and connecting with people trying to make a positive difference in the world. We attend and in many cases participate in a variety of events in a variety of ways (e.g., last week’s REGEN18 during which I tweeted up a storm for them, and, tomorrow evening, a performance at Red Poppy Art House where I’ll be working the door!). We hope to see you out there.